One of the books I am reading at the moment is Hot, Flat and Crowded by Thomas Friedman (2008). A lot of the book is a rant that - while probably justifiable - is somewhat annoying. More on that later. The basic premise of the book though is pretty compelling and captured vividly in its title. I thought I will try to capture the essence of this premise through some basic charts.

None of these charts are actually from the book. They are more a reflection on some interesting data I could find easily on the net. You might have some or most of these elsewhere (I make no claims to originality here, or, to be honest, even to cross validation, only to aggregation!). But it might be interesting to see them all in one place.

CROWDED
Probably the easiest of the three to demonstrate with data 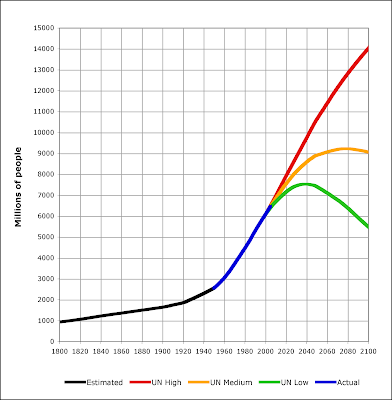 FLAT
What does Friedman mean by 'flat'? Well, mostly that a bunch of people across the world are getting to have the same opportunities, capabilities, ambitions and (importantly) purchasing power to consume in the same way that people in the developed world have for a while. Consider these - 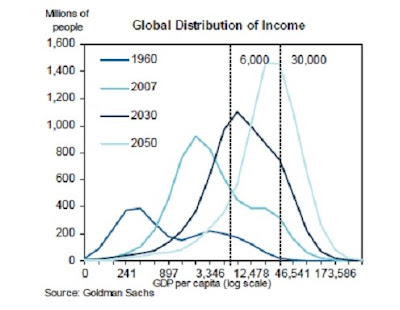 Notice how the curve is getting more and more 'squished' (yes, 'squished' is the technical term I am going with. You got a problem with that?)

And here is a view of how these newly empowered populations are starting to purchase goods at an exceeding fast pace. The chart shows oil consumption in India and China (kilo barrels per day).

So the world's population is exploding, AND an increasingly huge proportion of this population has the means to enter the global middle class, AND this growing middle class is starting to consume 'stuff' at a rapid pace. Got it.


HOT?
Now, this one is exceedingly tricky. This is not a political blog, and I don't want to get into the politics of global warming. A few things seem clear enough though - 1. Since the mid-1950s, levels of atmospheric carbon dioxide have increased tremendously. They started at 320 parts per million then to reach 388 ppm in Jan 2010. 450 ppm is supposed to be a really bad deal, and 550 is supposed to be terrible (I only vaguely know why). The chart says more than I can possibly say. 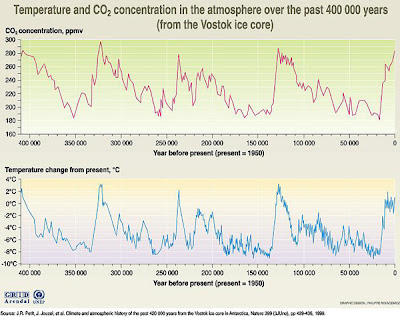 2. Over the last 400,000 years, whenever carbon dioxide levels have gone up, average global temperatures have gone up.

3. The average global temperatures have indeed been going up steadily in recent decades, though slowly. (It doesn't need to increase too much though - the difference in average global temperature between a 'glacial period' when the earth is covered in ice, and an 'inter-glacial period' of warm weather like we have been experiencing for the last few thousands of years, is no more than ~ 6 degrees.)
At this point, if you ask me whether man is responsible for this warming, how bad the warming is going to be, or whether anything can be done about it now, I don't know. There is way too much material on this out there, and I was not in a mood to spend hours trying to separate ideological spin from proven science.

So, coming back to the Friedman hypothesis - Crowded? I buy it. Flat? Hell, yeah! Hot? I am not sure, but I am willing to give that the benefit of the doubt.
Email ThisBlogThis!Share to TwitterShare to FacebookShare to Pinterest